Eddie Woo might very well be the world’s most famous mathematics teacher. Through his own passion for learning, Eddie has inadvertently created mathematical hysteria through his unique delivery of teaching.

When trying to help a student who was absent from the classroom due to illness, Eddie began to video his lessons and send YouTube links to help his pupil stay on top of the content. It wasn’t long before other students started utilising these videos and the lessons began trickling outside of the classroom. That trickle turned into a tsunami of interest and now people all over the world have come to enjoy and get value from Eddie’s teaching.

At the time of putting together this episode, Eddie’s channel (appropriately named ‘WooTube’) has close to 26 million views and 476,000 subscribers. That’s a lot of people interested in mathematics.

Due to the exponential attention pointed in his direction, Eddie made the decision to take advantage of the mainstream appeal and release his first ever Mathematics book (stay with me here, it’s far more interesting than you would think) called Woo’s Wonderful World of Maths.

Mathematics for many of us usually brings back grim memories of school where complicated equations were forcefully taught with no context delivered or perceived relevance in the ‘real world’. Eddie’s book demonstrates not only the importance of mathematics in our very existence but also uncovers some of the surprising patterns and wonder in everyday life and how we can benefit from understanding maths better.

To really highlight that this is not your typical school text book, some of the chapters include;

Lighting Through Your Veins
Teacups and (Almost) Infinite Money
What Sunflowers Know About the Universe
Killer Butterflies
Illuminati Confirmed
My Phone, the Liar
Why Aren’t Left-Handers Extinct?
Why Your Pancreas is like a Pendulum

… just to scrape the surface.

His efforts have not only be rewarded with a successful online presence and book deal, but also community recognition. In 2018 alone, Eddie has been awarded with both the 2018 New South Wales Local Hero and Australia Local Hero awards.

Currently the Head Mathematics Teacher at Cherrybrook Technology Highschool in Sydney, Eddie is in the midst of juggling worldwide fame and his daily task of fuelling his students with mathematical knowledge of the world. Not the easiest of quests, however Eddie has embraced this unorthodox role and is bringing his infectious thirst for learning to as many as he can.

I could sit here and wish that I had someone like Mr Woo when I was in school, however I think it would be far more fitting to share what thousands of others all over the world would be saying and declare that Eddie Woo is my current Mathematics Teacher. How cool.

Grab Eddie’s book Woo’s Wonderful World of Maths from all of your usual good book buying locations and subscribe to WooTube for ongoing mathematical marvel. 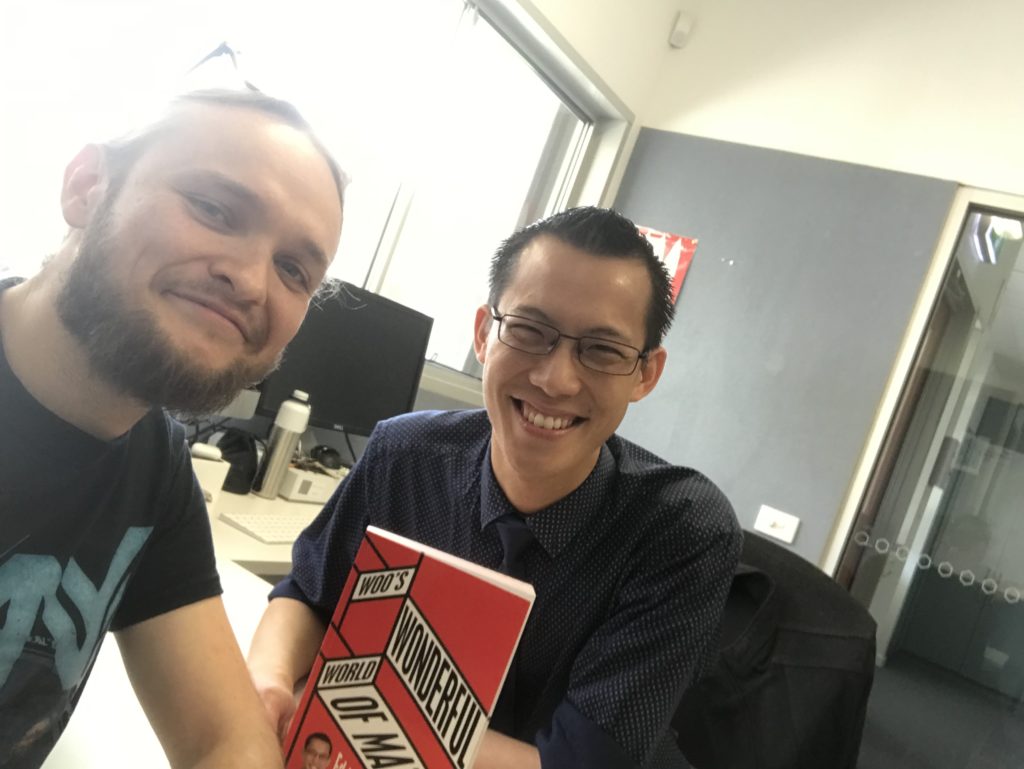 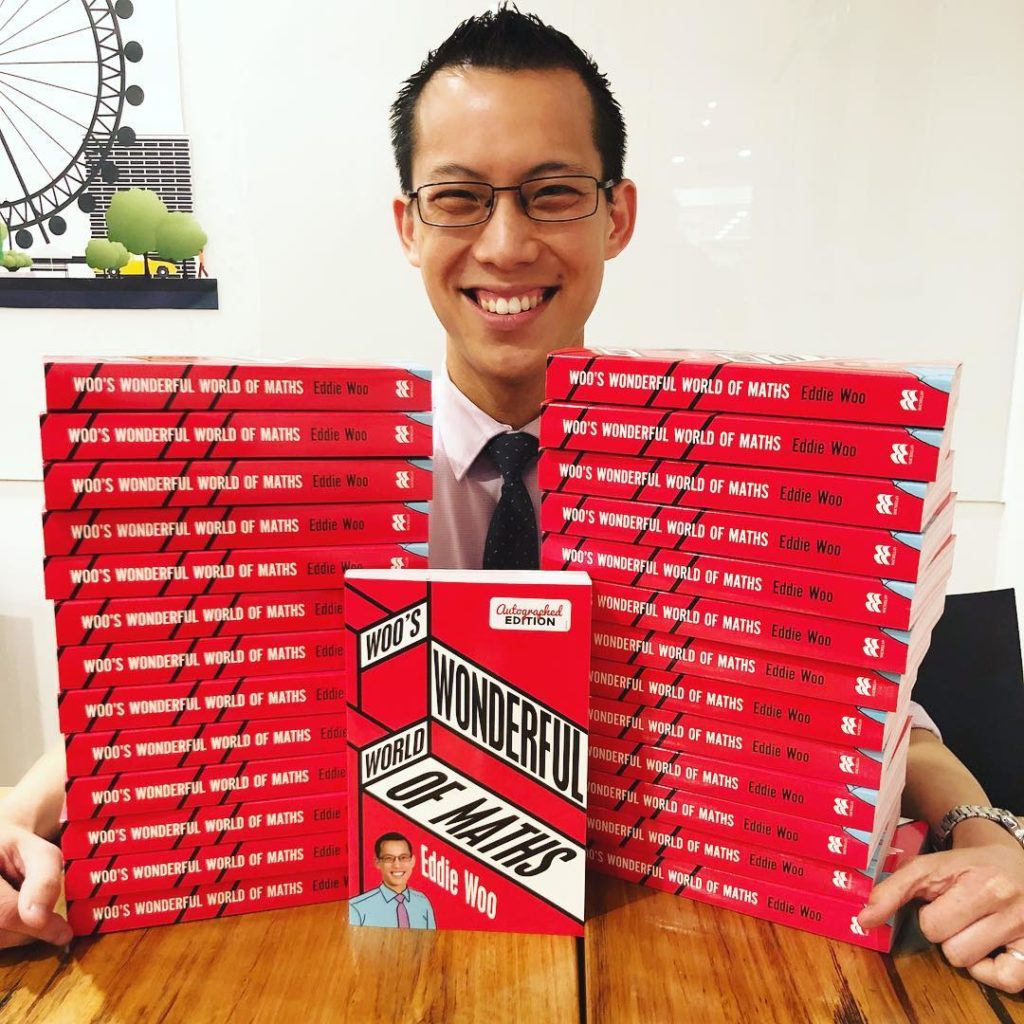 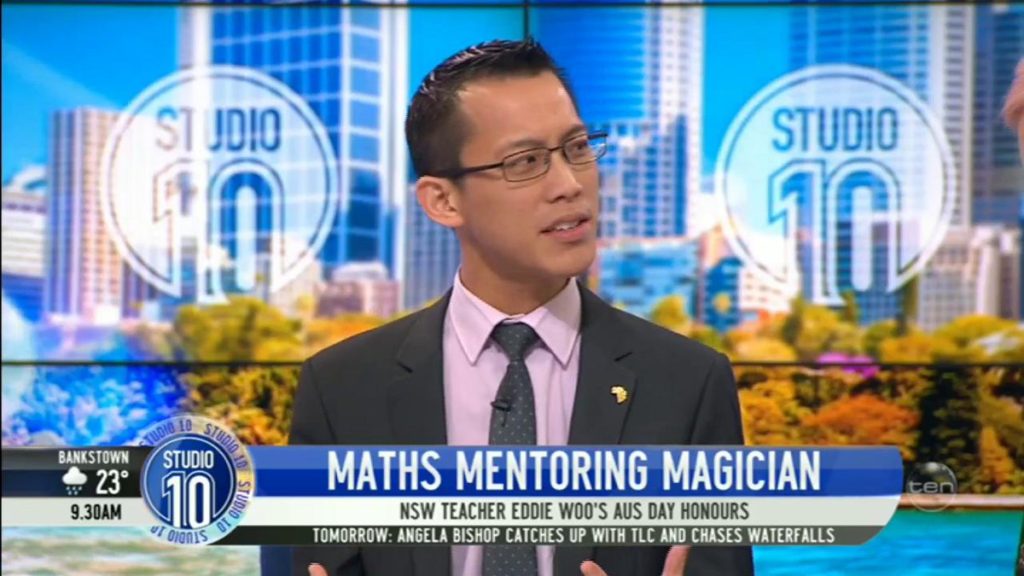