Aaron Worboys is a Sound Designer, Audio Engineer, Studio Owner and Musician based in Sydney. For many of us we’ve known Aaron as the front man for ‘Triumphant War Metal’ band Bane of Isildur and working front of house for countless bands across Sydney’s live music scene.

In more recent years Aaron took the plunge and launched his own recording and rehearsal space, Adversary Studios in Sydney’s Inner West suburb of St Peters. Using the network he’s built over the years, Aaron grew a successful business which has expanded to a second site in Marrickville/Sydenham and continues to grow.

What makes Adversary Studios exciting and lends to it’s success to date is Aaron’s efforts to make booking and usage of the facilities as friction-less as possible. It all starts an easy online booking process where you can choose your location, duration as well as any add on extras. You’re then locked in and sent an SMS security code to access the site on the day, saving Aaron or anyone else employed to be there to manage the booking.

Accessing the studio gives you a standard back line of gear (includes drums!) however if you happen to forget a guitar lead, picks, drum sticks etc – Bam! Aaron has a vending machine set up. There are also storage facilities available for anyone who wishes to securely keep their gear on site between rehearsals or tours.

Aaron and I get into some of the detail about Adversary Studios and how he’s gradually built it up to be an in-demand space for both rehearsal and recording, with more plans to continue to expand. We also speak about Aaron’s work in audio engineering, working as one of the house sound guys at Sydney’s Crowbar and heaps more.

If you’re based in Sydney and looking for a space to rehearse or records (or hell, you’re in town to play a show and want to limber up before hand), be sure to reach out to Aaron and lock in a session at Adversary. 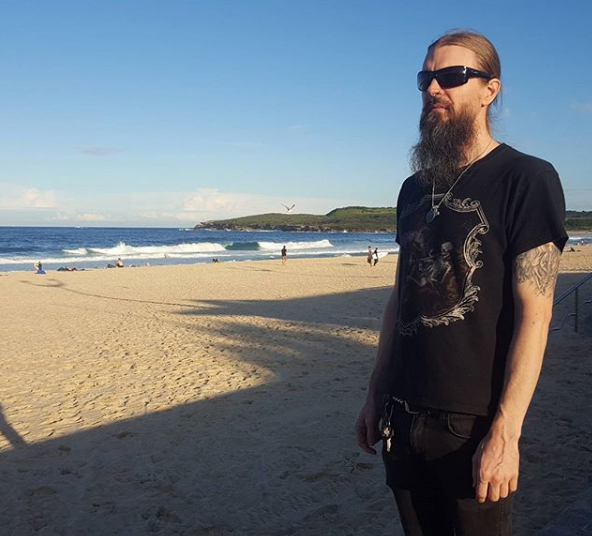