Zac Smith-Cameron is an illustrator, designer and most recently becoming a podcaster. Working under his ‘I am Zac’ moniker, Zac has been creating a wide range of illustration art for the past several years. While a large portion of his work online are simple, striking piece of comic art, Zac has also lent his skills to some pieces that hit close to home for me, such as LORD’s “What Tomorrow Brings” cover art and “The Andy Social” podcast logo. Both of Zac’s incredible creations that I can say have become favourites not only personally but to many other people who now own many pieces of merchandise/music that are now adorn with his art.

Art is one of those things that I keep talking about and never do myself. Looking at the achievements of others, I often find myself saying that I could never do what they do. Zac is no exception to this way of thinking that I hold onto, however this chat is another example of where simply ‘showing up’ is most of the battle. Get started, keep going, be patient and the rewards will come.

Zac took this approach to the extreme in 2018 where he gave himself the challenge to draw a piece of art every day for a full year. When we spoke about this, Zac said there were often moments where he felt like he was dialling in a piece of art and other times where he almost missed a day completely but managed to get himself over the line… just.

While it would be a lot of fun to take on the challenge, I think very few of us would be able to maintain the consistency to do something day in, day out for a full year. As Zac mentions in the chat, it was one of the most rewarding things he has ever done.

When not creating art through design and illustration, Zac has extended his creative output with a podcast launched this year with co-host Adam Flannery called ‘Cruel and Unusual Nourishment‘. A show that documents the pair (and often with a special guest) exploring unusual and unsuspecting restaurants and food joints, reflecting on not only the food but the whole experience from walking in to walking out. Injected with a healthy dose of humour, you will find that most people (not exclusive to ‘foodies’) will be entertained as you hear the guys recap their descriptive and hilarious adventures.

To get a great dose of inspiration when it comes to illustration and art, be sure to follow Zac on the socials.

Quote from Dune that Zac referenced –  “Muad’Dib learned rapidly because his first training was in how to learn. And the first lesson of all was the basic trust that he could learn. It’s shocking to find how many people do not believe they can learn, and how many more believe learning to be difficult. Muad’Dib knew that every experience carries its lesson.” 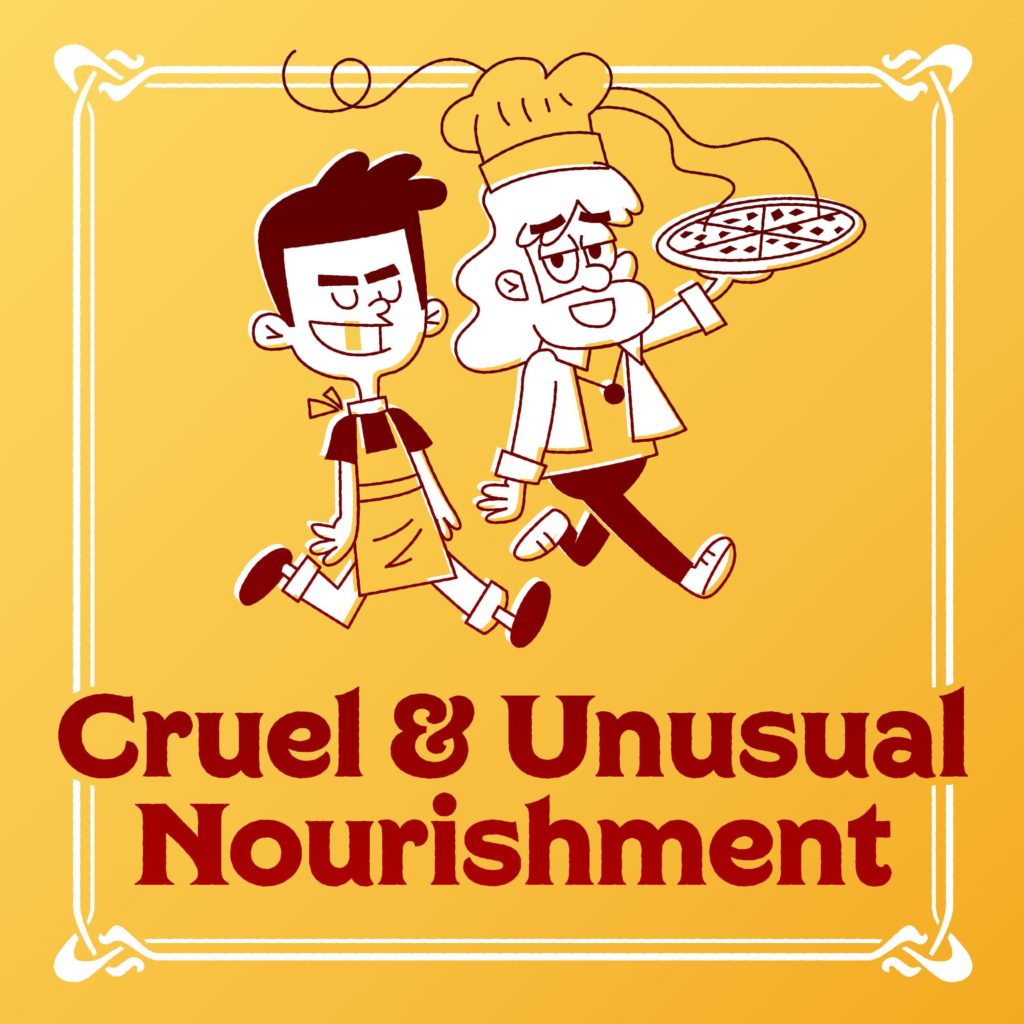 Apparently 2019 is the year of people getting tattoos of my illustrations! Thanks @juddysaurus for hitting me up for a depiction of this iconic creature. Great work by Haku at @authentink_studio, love it! . More tattoo stuff to come. Sometimes I wonder if a career in tattooing is the way to go. I wonder if I’d go off 😅 . . . . #pizza #birds #bird #animal #animals #nature #tattoo #tattoos #ink #inked #bodyart #create #draw #illustration #cartoon #flashtattoo #flash #art #artist #melbourne #sydney #australia

Here’s a picture of the side of my head and the cover to the @iamnedcomic I’ve been working on for aaaages! So close to completion! . . . . #comic #comics #zombie #zombies #selfie #digital #drawing #illustration #draw #art #arte #creative #melbourne #design #wacom #cintiq #horror #death #dead #iamzac

I drew this for @andydowling and his new podcast The Andy Social, find it on Facebook, woo!

Here’s the art I put together for the awesome What Tomorrow Brings EP by @lordofficial – had a good time with this and the guys were great to work with too!

My 2015 #COMMISSIONS are open for good! Thanks to all the awesome people who supported me last year, looking forward to putting together some great stuff again in #2015 – no matter how weird or whacky! My black & whites are $60 EACH, but more for colours. Great for #gifts #invitations #weeaboo or just if you like rad #art iamzac.au@gmail.com