“I’m all obsessed with Kurdistan at the moment, getting ready to go and shoot a doco over there in October.”

When this is the first thing that someone says to you, naturally it’s going to spark some further interest and conversation. In my case, it sparked another podcast episode.

With a long history working for the ABC working on programs such as the 7:30 Report, The Chasers War on Everything and The New Inventors, just to scrape the surface, Jake Lloyd Jone’s expertise behind the camera is quite impressive. In recent years, he’s has moved on to form an independent video production company MerJa Media, including producing a number of documentaries covering an array of social topics from graffiti in the inner west of Sydney to Coal Seam Gas controversy in Queensland.  Now Jake has his sights set on the middle east to document Kurdistan’s struggles for independence and their involvement in the war against ISIS, including their female soldiers.

This is a real eye opener for me and our conversation highlights the complexity of that pocket of the world. I hope you gain as much from this as I did!

What is Kurdistan anyway?
Article: Meet the Brave Women Fighting ISIS in Syria.
Article: Why is the world ignoring the revolutionary Kurds in Syria?
Photo Essay: Women Guerrillas of the PJAK by Maryam Ashrafi.
Documentary – Kurdistan: Women at War by Arte TV

Photo by Natasha Marfutenko featured at the Sydney Art Gallery 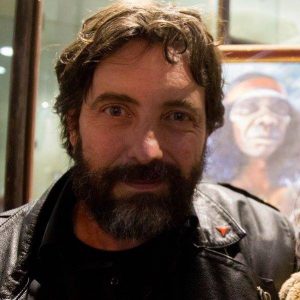